Phil Thompson has implied that Liverpool’s season was over before it had even begun, following the loss of Luis Suarez to Barcelona during the summer transfer window.

As it is, Suarez is on course for a treble with the Catalan giants, while our season has all but fizzled out into nothingness.

The former Reds great was certainly in an unforgiving mood as he discussed the current crop of Anfield stars on Sky Sports this morning, just hours after our 1-0 Premier League defeat at the hands of Hull City.

Thompson explained that our hopes of a Champions League place are now over and that the problems can be traced back to our business in the summer transfer window, with the failure to replace Suarez being the key mistake.

He said: “Suarez is a big-game player who demands things from other players. Why was Daniel Sturridge so good last year? Because Suarez demanded it, Raheem Sterling the same.

“They have been shorn of that. I said at the time Mario Balotelli was worth the risk but as the season has gone on, it hasn’t worked and that has to be changed.

“Rickie Lambert doesn’t seem to have done it, you’ve got Fabio Borini who has been in there. We actually bought a player, Divock Origi, then loaned him back to the club in France. Now we are ending up playing with Sterling (up front). Where’s the logic in that?”

The 61-year-old, who played close to 500 games for Liverpool during the 1970s and 80s, also bemoaned the fact that Arsenal beat the Reds to the signing of Alexis Sanchez during the summer transfer window, when Rodgers might have had the perfect replacement for Suarez at his fingertips.

He added: “The talk was that Liverpool had made a big bid for Sanchez. I wouldn’t have let Suarez get in the taxi to the airport if Sanchez hadn’t have already done the deal,” he said.

“Liverpool were in the driving seat on this. They could have said to Suarez, ‘sorry, as much as you want it to go and it’s Barcelona, you are not going anywhere until he signs.’

“I know there were family issues and that’s why he went to London but I wouldn’t have let it (the Suarez transfer) happen.” 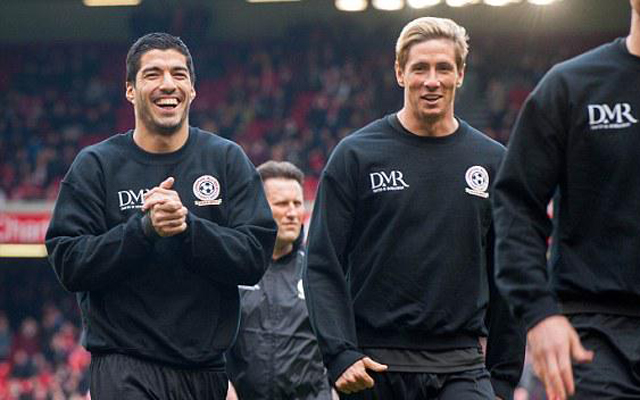