Brendan Rodgers has been snapped proposing to his partner Charlotte Searle in Times Square, New York (via Daily Mail).

The 43-year-old Northern Irishman got down on one knee to pop the question just 68 days after finalising his divorce from his former wife Susan.

The picture you see above (minus the heart!) was snapped by Liverpool fan Craig Allen.

According to Craig, he was waiting outside a department store for his partner to finish shopping when he saw the drama unfold.

“I saw this bloke proposing and took snaps to show my girlfriend,” said Craig.

“I was gobsmacked when I saw it was Rodgers. They stopped off in a Mercedes, he popped the question in front of a photographer, put the ring on and away they went.”

Charlotte and Brendan met while they were both working for Liverpool – Rodgers was the manager while Miss Searle was the club’s travel coordinator. 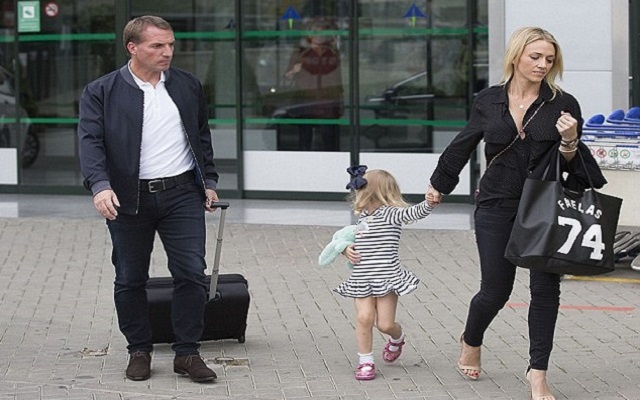 The best part? Brendan did the deed on Valentine’s Day – how very romantic!

From all of us here at Empire of the Kop – congratulations Brendan!