Compiling this list, as any fan could imagine, was a struggle.

Debating which of cult-status, longevity, goal tallies, trophies, commitment or talent should be weighted most heavily in the final decision was a bigger problem. In the end, all of the above played their part.

So when seeing that Lucas is ranked higher than Javier Mascherano, it’s taking all of these factors into account that needs considering. The Argentine is the better footballer, but Lucas, a winner of the Liverpool Player of the Season award, has contributed more to the club overall, and can be marked as the ‘greater’ red.

So here’s the Top 50 in all its glory. Players unlucky to miss out include Dominic Matteo, Stig Inge Bjornebye, Phil Babb and Vladimir Smicer.

If you think we’ve messed up, or that a player has been harshly or kindly done by, let us know. Just keep double Daniel Sturridge-gate in mind before laying into us too heavily…

The Guinea-born striker became a firm fan favourite at Anfield, despite only remaining with the club for an 18 month spell. He will be best remembered for scoring the winner against West Ham, just hours after the death of his farther, and the emotional reaction to his goal. He also found the net against Arsenal in a 1-0 win at Highbury.

Aurelio would be far more highly regarded had injuries not decimated his potentially brilliant career. They affected him at Valencia, affected him here and caused an early retirement back in his native Brazil, too. But for a full-back, Aurelio was technically exceptional and will be best remembered for his free-kick beauty in the 4-1 pummelling of Manchester United during the 2008-09 title charge.

Had it not been for a horror leg injury sustained against Blackburn, Cisse would have scored plenty more than the 24 goals he managed in his two campaigns with us under Rafa Benitez. However, he did bag his penalty in the Champions League final and scored in the FA Cup final a year later as well. His 13 Premier League goals didn’t do his talent justice.

The Razor, as he was affectionately known, made over 100 league appearances for us in the top flight. Sadly, a number of incidents both on and off the field – perhaps most memorably with Eric Cantona, Peter Beardsley and Andrew Cole – blighted what  might have been an extremely promising career. Still, there were plenty of highlights for him during his time on Merseyside, including a brace against Leeds in a 5-0 win.

A former Liverpool captain, Wright was a 45-cap England international upon retirement, and one of the most composed domestic centre-halves of his generation despite a lack of furore or folklore surrounding him. Wright carried the ball out from defence with aplomb, and beat off competition from the likes of John Scales and Phil Babb to remain a regular in our defence well into his thirties. In fact, in 1996-97, he was voted Player of the Season, but injuries caught up with him and in 1998 he retired. 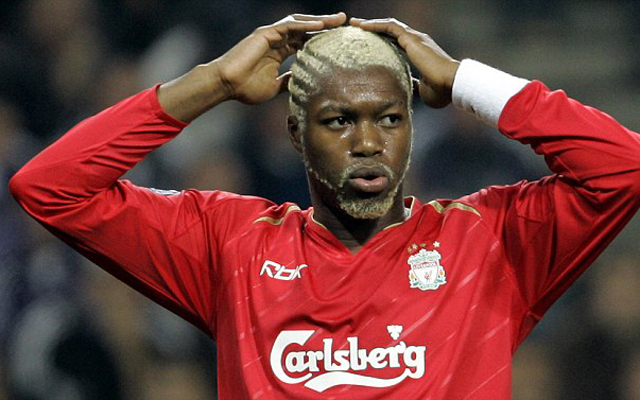