Liverpool drew 1-1 verses Bordeaux in France tonight, with Brendan Rodgers reverting to the wing-back formation he often used in 2014/15.

Adam Lallana opened the scoring, but the French equalised after some sloppy defending.

Held on to the ball well when Bordeaux shot from range and made one excellent close-range stop on the hour mark. Could do nothing about the goal.

Gomez should have been far more aggressive for the French equaliser, where he allowed Crivelli too much space in a crowded area – when he should have just put his foot through the ball. Apart from the mistake, the youngster was solid in a central defence. Carried the ball out from the back superbly and won his individual battles mostly. Many fans will call for a Gomez/Sakho partnership instead of a Lovren/Skrtel one.

Mignolet clattered him and his match was over early. Let’s hope the injury’s not a serious one.

Pretty much faultless on his return to the side. Sakho was given the captaincy, and he looked strong whenever Bordeaux attacked. Great in the air, and passed well too. Surely he won’t be dropped for Sunday? 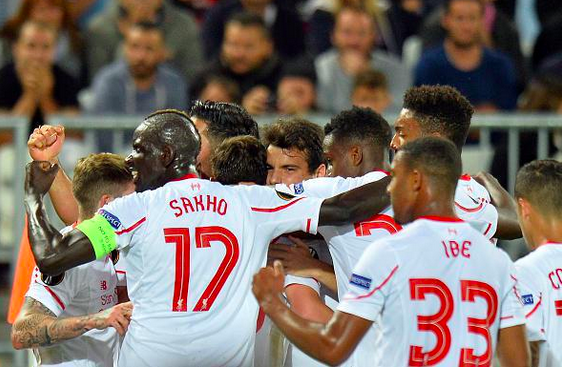