Liverpool fielded our youngest team of the Premier League era this afternoon, with Jurgen Klopp’s much-changed side beaten 3-1 by Swansea City at the Liberty Stadium.

With an average age of 23, this was little more than a learning curve for the six players aged 22 or under who started, as several were rested with Villarreal on Thursday in mind.

So what did we learn about those youngsters? Here we rate how they performed against the Swans…

Cannot be blamed for any of the goals. At first glance it looked as though he could have done better for the third, but he had a host of bodies blocking his view. One great save from Gylfi Sigurdsson. – 6/10

Made it difficult for himself with an early yellow card. Could not get close enough to Wayne Routledge after that, although his second booking and subsequent sending off for a high foot was harsh. – 5/10

The promising anchorman was initially one of our better players, but he had little support from the rest of the Liverpool midfield. Finished the game at right-back, which didn’t do him any favours. – 6/10

On his league debut, the Spaniard really struggled with the pace and physicality of the game and was hooked at half time. That does not mean that he is a write off, just that he has a lot to learn. – 4/10 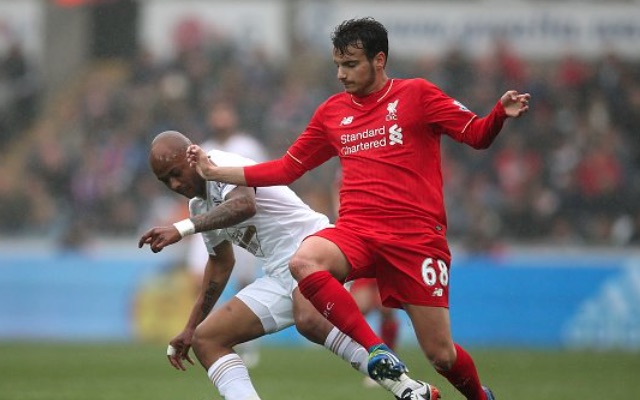 An excellent talent who is short of confidence. As he did against Bournemouth a couple of weeks ago, Ibe played off the left, but barely had a kick. When he did, he lacked the conviction to beat his man. – 5/10

The shining light of our six kids today, and perhaps in general. Ojo did not have a huge influence on the game, but there were flashes of his potential that excited us, and that is what stood out today. – 7/10 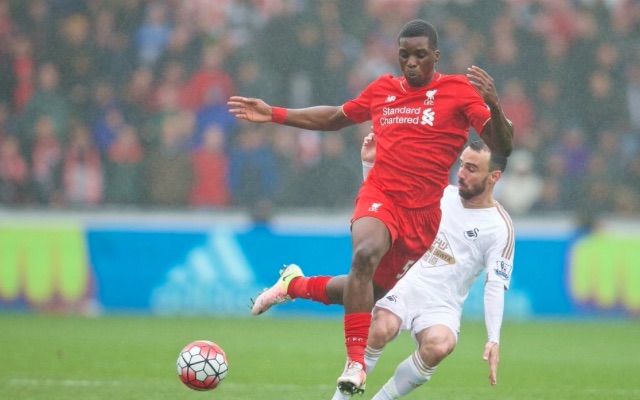 Football News 24/7
Ex-Red absolutely blown away by what 23-year-old Liverpool star did against Palace
August 16, 2022 9:40
Ex-Red on the player he realised was ‘on a top, top level’ after Liverpool training and has ‘never seen a right foot like his’
July 19, 2022 21:58
Sheyi Ojo joins Cardiff City after being released by Liverpool earlier this summer
July 14, 2022 10:03
Sheyi Ojo sends touching farewell message to Liverpool supporters as his Anfield career comes to an end
June 17, 2022 7:38
Ex-Red shuts down TalkSPORT pundit’s ‘pathetic’ Villarreal claim after Liverpool defeat: ‘I really don’t think’
April 28, 2022 13:01
‘Keep dreaming’ – Ex-Red loving life as his side reach an improbable French cup final
March 4, 2022 15:48
Jordon Ibe’s comeback is edging closer as he begins training in Turkey
February 24, 2022 13:24
(Video) Liverpool loanee left on crutches after horror injury sustained by the 24-year-old
January 19, 2022 9:11
Jordon Ibe gets a much needed career reboot as he secures a move to Turkey and finds his first club in two years
January 18, 2022 19:50
Jurgen Klopp’s advice for former Liverpool youngster to reject a new contract and move to France to further his career
November 23, 2021 10:44