There aren’t many inside Anfield who don’t glare lovingly at Thiago Alcantara but one of his biggest fans would be his daughter.

During the game against Everton, there were several instances where the players from both sides were involved in heated exchanges and our No.6 was part of it.

Following his skill that caused Richarlison to fall to the ground, because our players didn’t kick the ball out of play – a mass brawl ensued.

READ MORE: Cesc Fabregas labels Jurgen Klopp ‘a role model’ as he praises an ‘amazing’ team and an ‘exciting’ time to be a Liverpool fan

It looks as though this was the moment that the Spanish international’s wife managed to capture an image of their daughter and share it to her Instagram story.

The image depicts the young girl looking very angry, alongside the caption: ‘When they mess with my daddy’.

Frank Lampard’s side were lucky she was too far away to get involved, it wouldn’t have been long before Richarlison and Anthony Gordon ended up on the floor either.

You can view the image via Thiago’s Instagram stories: 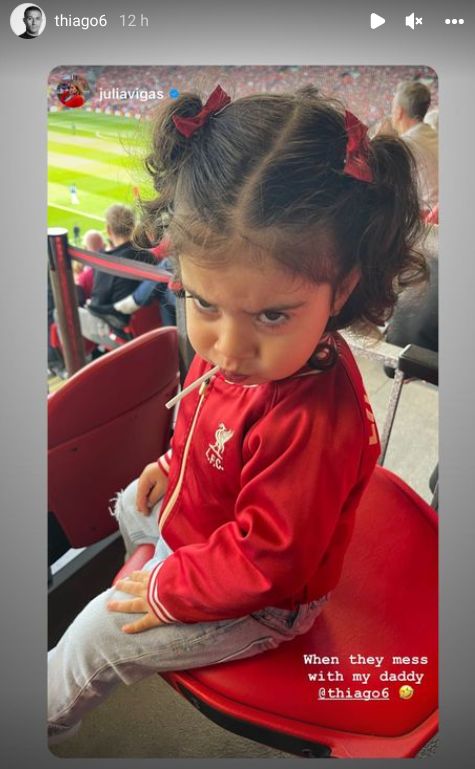