Liverpool’s Legends team takes on Manchester United this evening in a keenly anticipated meeting in Stockholm.

Some famous old faces from both clubs will be on show and goalkeeper Jerzy Dudek has already promised that the match will be anything but ‘friendly’, as both teams look to secure the bragging rights over their former foes.

Considering the fact that the erratic defender played just 14 times for Liverpool in the Premier League, it feels more than a little generous to be including him in a team of ‘legends’. However, his flamboyant hairstyle and style of play make him one to watch here. The former Portugal international, who earned 20 caps for his country and played at the World Cup in 2002, also played for Everton and Middlesbrough during a club career which spanned almost two decades.

Smicer’s last outing for Liverpool saw him score the second of three goals in our Champions League comeback win over AC Milan in Istanbul – hardly a bad way to go out! But still, he’s risking that legacy and pulling on the shirt once again here – although, to be fair, he’d have to go some to stop us loving him! The classy midfielder is still only 42 and should be able to dictate the play in the centre of the park. The Czech international retired from playing in 2009, two years on from rejoining former club Slavia Prague. 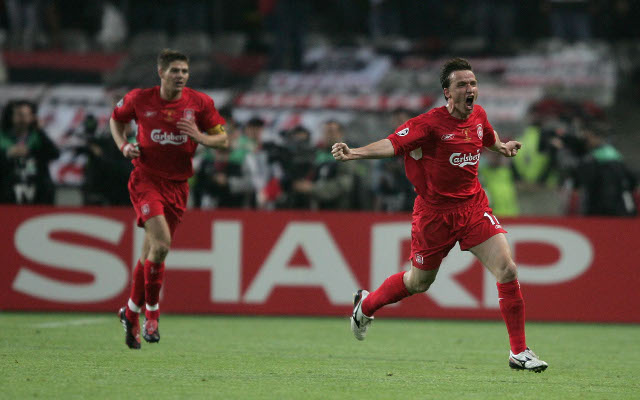 (Video) ‘Can you hear me?’ – Technical issues in post-United presser has Jurgen Klopp confused and chuckling