Manchester City have played very, very well this season – and they’ve made anyone who wrote them off as a team early on this campaign look pretty silly.

Obviously, their success will always be caveated by the FFP cheating and the £500m bench Pep Guardiola picks every week. No side has ever had money like City, but in fairness, teams have spent big and not been managed so well – so the players themselves deserve credit.

None more so than Phil Foden, who cost them nothing, of course.

According to former Premier League striker Brian Deane, though, he’s the closest thing football has seen to Diego Maradona, which is absolutely hilarious as he has somehow forgotten 768-goal Lionel Messi in the process!

Foden is the nearest thing I’ve seen to Maradona..

There’s going to lots of noise about City over the next few weeks, just as there was about Liverpool last season when we waltzed to the title – and as Reds – we’re going to have to batten down the hatches and accept it.

It’s been a horrible, horrible season from our point of view – which will be made worse if City add the Champions League to their crown.

But hopefully any potential success can highlight sports washing and why that is a genuine issue.

On the weekend of 17-18 April, senior management from @ManCity SIGNED A CONTRACT TO JOIN THE ESL.

Because they despised UEFA & Champions League so much & because they wanted to be part of an elite closed shop that would destroy football's pyramid. 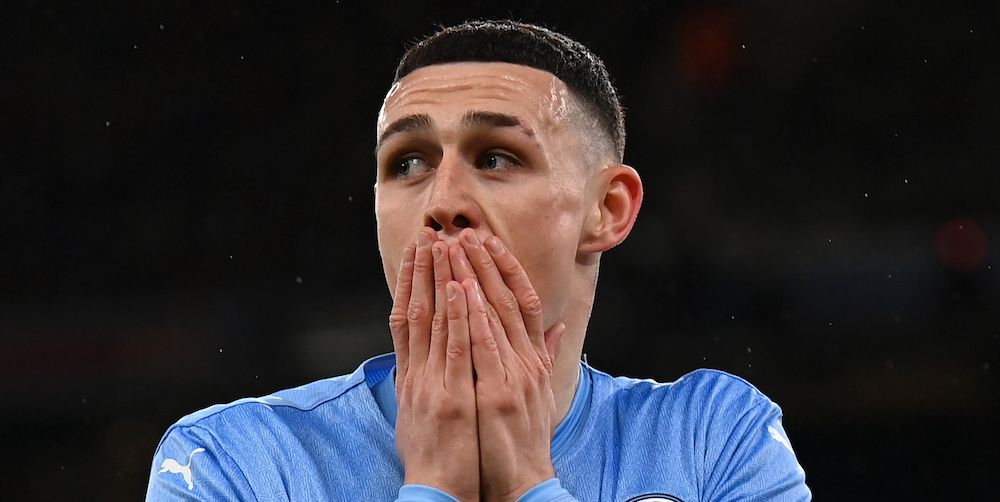 (Video) Phil Foden in awe of one Liverpool star; ‘one of the best’ he’s ever seen at one trait