The idea of having to replace one of Sadio Mane or Mo Salah is a daunting prospect – the idea of both departing across two seasons doubly so.

With reports linking Liverpool to Chelsea’s Christian Pulisic as a potential option the club is considering, Jose Enrique suggested on Instagram that the Reds may be better off looking elsewhere. 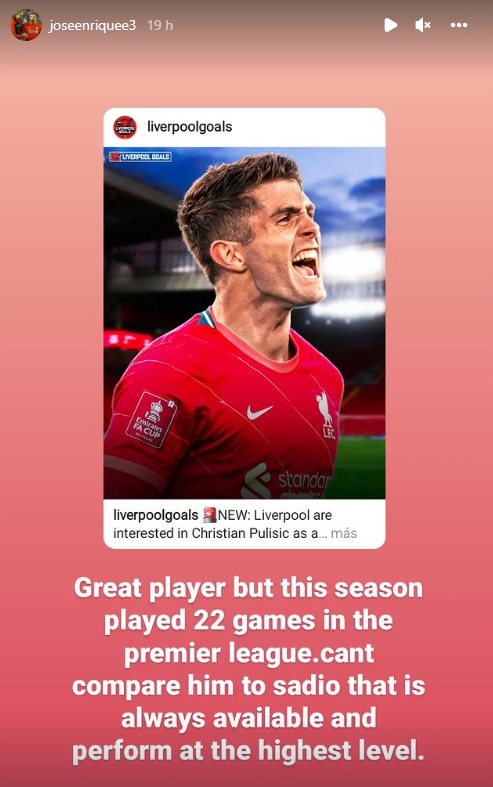 The Merseysiders are said to be keen on sourcing a replacement for their 23-goal winger-turned-striker should a suitable target arise.

It’s worth noting that Jurgen Klopp is considered an admirer of the American international, though snapping him up cheaply from a league rival will require quite the miracle from our new sporting director in Julian Ward.

Elsewhere in the Premier League, Jarrod Bowen was reportedly on our transfer shortlist last summer, though one can only imagine that his latest stellar season with West Ham will only inspire the Hammers to set a particularly sizeable asking price for their star wide man.

Depending on how exceptional we view the prospect of replacing Mane, we’d expect attentions to shift abroad to alternative, cheaper targets.