It all started with a helping hand from supporters after the Chelsea home game, but now the demolition experts have taken over.

Newly released images by the Echo show the Main Stand being shorn of its seats – giving it an eery feel of impending doom.

Here are some of the best snaps: 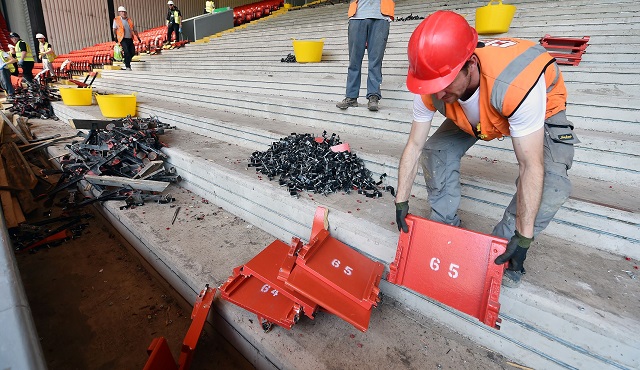 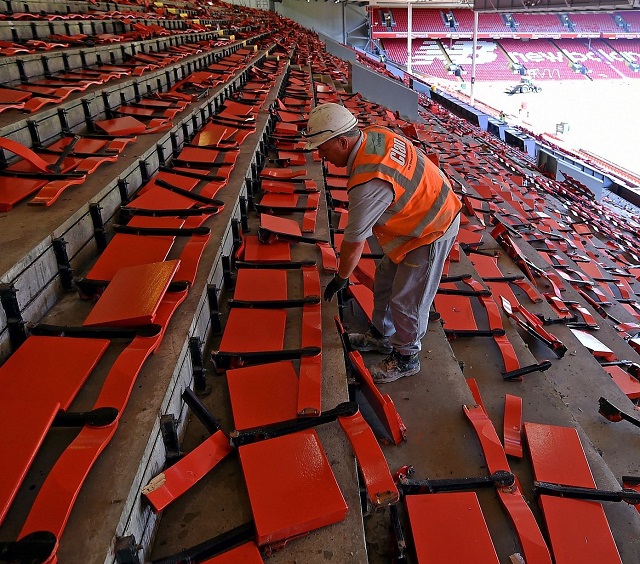 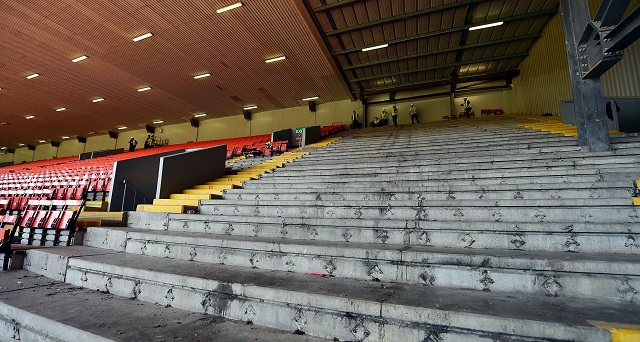 The work will continue at a frantic pace over the summer. It is hoped the new Main Stand will be ready for the start of next season, though the first two games of the campaign will be played away from home to allow for any delays.

SEE MORE
Teenager signs new contract and celebrates on Instagram
Klopp suggests that Anfield has the best atmosphere in the world
Origi, Canos, and Ings are all set to be involved against West Brom on Sunday

Once finished, the capacity of Anfield will jump to around 54,000. It will eventually hit almost 60,000 once the Anfield Road end is also redeveloped.