Liverpool played out a boring 0-0 draw with Augsburg in the first leg of our Europa League last-32 tie.

Made a crucial save at the end of the first half to secure us parity to take back to Anfield.

Did not allow any trouble to come from his flank and supported in attack when possible.

Played his part in a second successive away clean sheet, but should have scored at the other end.

Made a couple of good covering tackles to stop Augsburg scoring for the first time in Europe this season.

A real mixed bag. A threat going forward, but that came at the cost of his atrocious positional play.

Lacked his usual energy and provided no cutting edge. Two games in a week seemed too much for him.

Stuck his foot in and passed the ball fairly well, but we didn’t see much of him driving through midfield. 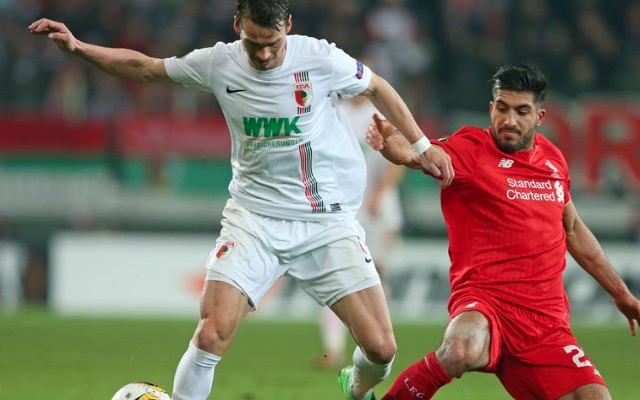 Anonymous aside from a handful of decent crosses and set-piece deliveries. Needs to do more.

Squandered our best chance on goal after seven minutes when he shot tamely at the Augsburg keeper.

Our most dangerous attacker on the evening. Showed some lovely touches and pieces of skill, but not in the most threatening of areas. At least seemed like he was trying to create, even if it didn’t come off.

Making successive starts for the first time in 11 months, Sturridge appeared to be holding back. Had a couple of sights on goal, but his efforts lacked conviction. Came through 68 minutes unscathed.

Put himself about. Significant that Jurgen Klopp turned to Origi before Christian Benteke off the bench.

No time to make an impact. A likely starter in the return leg if players are rested for the League Cup final.