Luis Diaz made his full and Premier League debut for Liverpool as we defeated Leicester City 2-0 at Anfield.

It was an impressive evening’s display for the Colombian who displayed his attacking talents, as well as his tenacious ability to win the ball back with intense high pressing.

Our new No.23 was influential in the second goal of the day as his pressure led to Joel Matip receiving the ball and passing to Diogo Jota, who fired the ball past Kasper Schmeichel.

The 25-year-old was removed from the field in the final minutes of the game as Jurgen Klopp provided him the opportunity to receive the adulation of his new supporters, following an impressive debut.

One of the happiest fans inside the stadium was his girlfriend Gera Ponce who posted a video to her Instagram story, voicing her pride and love for our new winger.

The sound of his name being sung by the Kop can also be heard and it’s testament to how impressive he was on his debut that the former Porto man was rewarded with a song.

You can watch the video on her Instagram page: 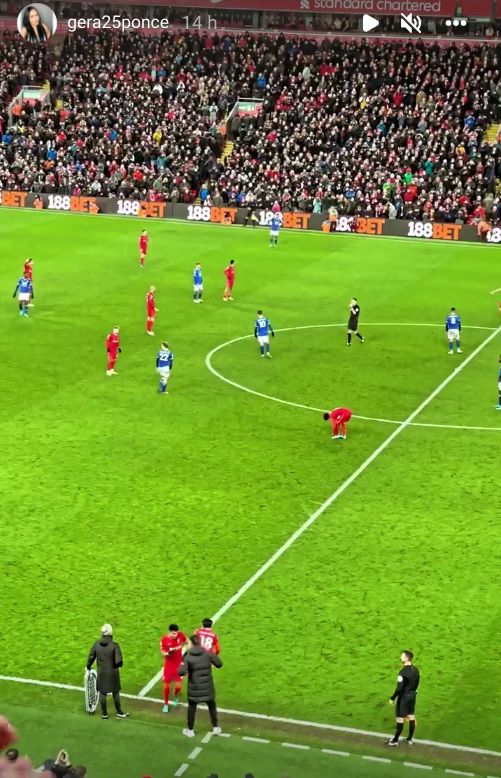